Swarm of honeybees in a tree

Honey bees commonly swarm in May and June, but may be seen anytime from April to September. Honey bees usually land on a tree branch or in a bush. A swarm is easily recognized by its massed, buzzing cluster resembling a misshapen football or basketball, with upwards of 20,000 bees in a swarm.

Are they really honeybees—or some other insects? There are over 10,000 species of bees! Honey bees are usually golden to dark brown in color, with thin black stripes. They’re seldom aggressive, except in the case of Africanized bees, which aren’t bred here.

The honey bee’s upper body is always fuzzy, helping to distinguish them from other bees.

Their cousins, the bumble bees, are very fat, fuzzy, and are generally yellow/orange and black. Both are nectar and pollen gatherers.

Wasps and Hornets are easily differentiated: they have a pinched-in “waist,” aren’t fuzzy, and commonly nest in the ground or in mud or paper nests on wood surfaces.

These insects don’t swarm in huge masses, nor do they create beeswax and honeycomb for nesting and nectar storage. They may be solid black or have white head markings or other color differences. Yellow Jackets have lemon-yellow markings on black, non-fuzzy bodies and some are larger than honey bees. This wasps and hornets are nasty critters and are pretty defensive, so don’t swat at them. All are drawn to fruit, as well as sauced meats cooking on a grill.

Honey bees swarm because conditions in their hive aren’t optimal for their ongoing survival. Overcrowding and other problems cause them to leave the hive. Feral honey bees are virtually non-existent, so any swarm you see comes from a beekeeper’s apiary. Their queen leads the swarming flight, and they’re totally intent on following her to establish their colony in a new location. These bees generally travel only a few miles from their origin.

Swarming honey bees aren’t usually aggressive; they just seek a new home, preferably in a dark, quiet place. They must have an enclosed space, and won’t build honeycomb in trees or bushes. Left alone, honey bee swarms will usually leave your yard within a day or two.

It’s vital that we protect honey bees now, as diseases and other problems are causing massive die-outs. So, if you see a swarm of real honey bees, there are three don’ts: don’t panic, don’t turn the hose on them, and don’t call an exterminator. If honey bees move into an attic or crawl space and you’re concerned about control, please call your local Extension Service office or for the central upstate NY area you can contact Ontario-Finger Lakes Beekeepers Association at (585) 394-7279. 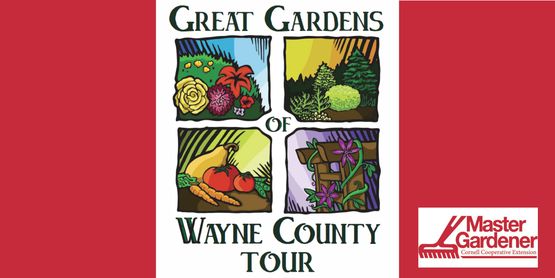